At Artik, we’ve been printing soccer uniforms since 1985. Every year more teams get started, soccer is taking off across North America!

Soccer is an essential part of Brazilian culture, with glorious wins and crushing defeats that are woven into the nation’s history. As the sport has risen, the team’s soccer jersey has become a symbol of hope for soccer fans and Brazilians hoping for their country to thrive in difficult times.

First let’s take a look at the soccer shirt: bright yellow with green trim and green text, worn with blue shorts. The jersey is bright and positive, especially compared with other nations more professional looking uniforms. 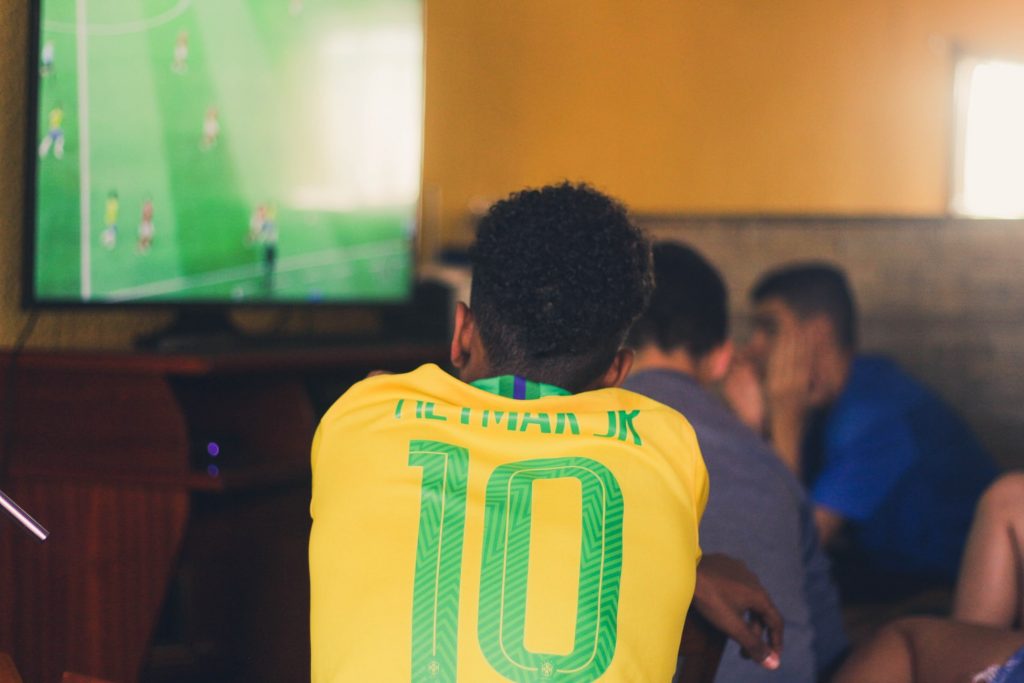 Brazil used to wear this simple white and blue jersey until 1950 when disaster struck. 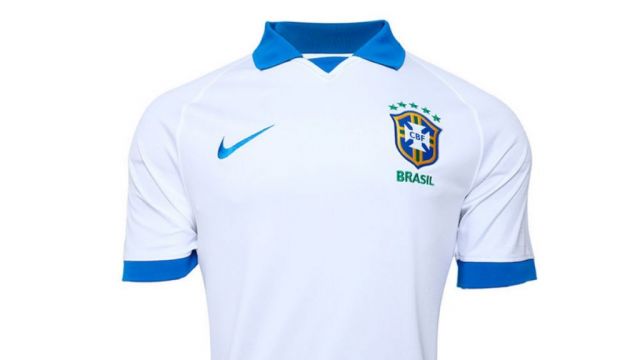 The World Cup of 1950 was held in Brazil for the first time that year with a futuristic soccer stadium representing the nation’s grand entrance to the world stage.

As millions of fans looked on, the Brazilian team beat Sweden, Spain, Mexico and Yugoslavia. Finally, it was the final match against Uruguay and Brazil and with 250,000 fans cheering in the packed stadium, Brazil couldn’t get a goal. The crowd was on edge. When Brazil finally scored, there was a sigh of relief with fans and journalists running onto the field and embracing the players. It looked like the game was won until…

Uruguay scored, tying the game. With minutes left on the clock Uruguayan winger Alcides Ghiggia dribbled down the right side looking to pass. Anticipating his pass, the goalkeeper moved out of position. Ghiggia noticed this and instead of passing he shot and scored. As they say, the crowd went silent.

Alcides Ghiggia said: “There were only three people who silenced the crowd at the Maracanã – Frank Sinatra, Pope John Paul II, and myself.”

Brazilians were crushed by the defeat, as the reporters at 99% Invisible explain, “People left the stadium in tears, and some of their tears transformed into racist grudges… Barbosa and two other black players become the scapegoats. Later in life, Barbosa told the story of hearing a woman whispering to a child, “this is the man who made Brazil cry.”

The jerseys were blamed as well. Deciding the jerseys were jinxed, the team had a contest looking for new soccer uniforms based on the Brazilian flag. 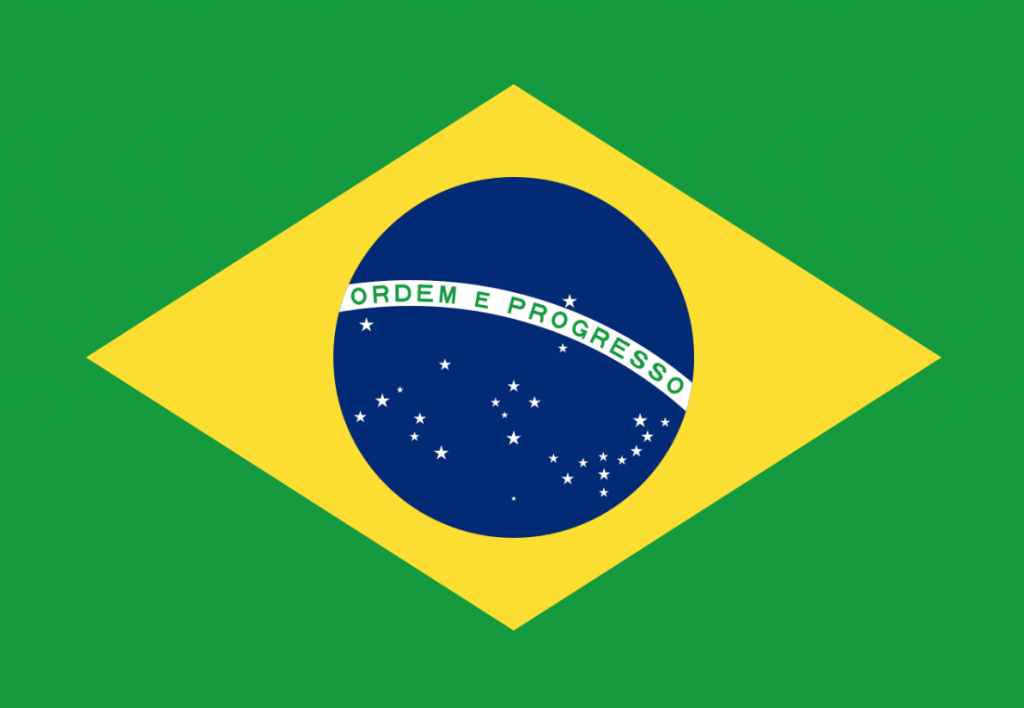 Though hundreds entered the contest, a young illustrator from a small town on the border between Brazil and Uruguay named Aldyr Garcia Schlee won.

Schlee decided that 4 colours were too many for one soccer shirt so he used the colours green, yellow blue and white across the whole jersey. The winning soccer jersey included bright blue shorts, a yellow soccer shirt with green trim and white touches detailing on the socks.

In 1962, when Brazil won the World Cup in Schlee’s uniforms, the nation truly fell in love with the new look. Soon Pele was pulling off amazing athletic feats, dazzling the world on colour tvs everywhere in the bright soccer outfit. Winning the 1970 World Cup in Mexico cemented the soccer jersey as part of Brazilian culture.

Aldyr Garcia Schlee had created a national symbol which was as visible and loved as the country’s flag itself, but as 99% Invisible writes, things in Brazil were not looking as sunny as the uniforms:

“In 1964, a brutal U.S. backed military dictatorship took power in a coup. Schlee, among many others, was considered subversive and arrested. He suffered mental and physical torture, and when released lost his teaching job and was banned from leaving the country.

The dictatorship lasted twenty years. But despite the difficulties of living under the watchful eye of the military police, Schlee became a successful writer and academic. In novels, short stories and his academic work, his specialty became life on the border between Brazil and Uruguay.”

Years of persecution turned Aldyr Garcia Schlee off of nationalism, but he was still proud of the Brazilian team. His secret? Though he designed the unforgettable yellow Brazil jersey, Schlee rooted for Uruguay.

If you’re running a soccer team here in Toronto or anywhere across Canada, Artik is here to help print your custom jerseys. Our team is fast, friendly and famously reliable when it comes to quality and schedule.

We can print your team’s logo along with player names and numbers across the back. Browse our custom soccer uniform jersey page here and contact us at info@artik.com for help.